Like a Derbyshire Michael Schumacher, Paul Lind has motorsport running through his blood.

But, having been a petrol-head and much-celebrated racing driver on the circuit for 17 years, it was a tough decision for Paul to stop putting his pedal to the metal around 3 years ago.

2017, however, marked a turning point for the Mickleover-based mechanic, as he donned his driving gloves for one last time at Donington, thanks to a little help from Britannia Tyres Derby. 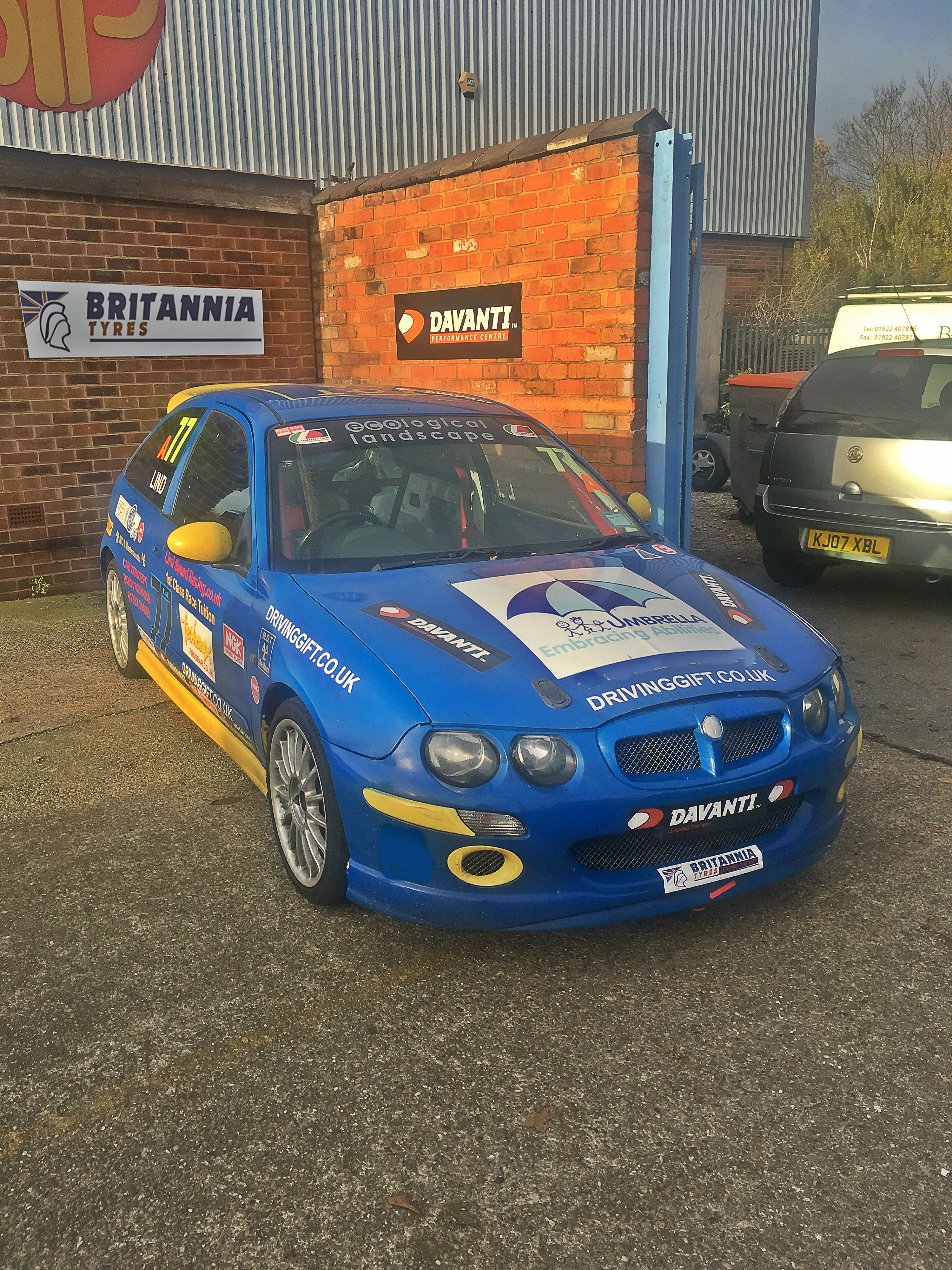 The Siddals Road site has provided Paul with all his racing tyres since the early days when he stole the show with his Rover 220 Tomcat Turbo.

“My return came all about by chance. I actually jumped at the chance to re-join the circuit after my eldest son said that he didn’t want to race. Inspired by my little boy, I thought I’d bow out at my local and most prestigious race track.

“I smashed my expectations and raised £500 for Alzheimer’s and Umbrella, two charities that are really close to my heart.”

Although, the chequered flag had dropped for Paul, he just couldn’t shake the racing bug.

“Getting back out on the track felt like returning home. It was an unbelievable feeling and I proved that I’d still got it.

“I rejoined the MG ZR series, got in touch with Jackie and Paul at Britannia Tyres and Andy at Davanti and I’ve never looked back.

“I finished second at Oulton Park and 3rd at Snetterton on Davanti. The tyres are real quality on dry surfaces, wet tarcmac and everything in between.”

And whilst 2018 is just around the corner, what does Paul have planned for the next stage of his racing career?

“We’re looking to get bigger and better – myself, Paul and Jackie have already got plans!”

And whilst Paul is racing around the track, don’t forget that wannabe Mika Häkkinen’s and steady Eddie’s can still get a free winter tyre check to keep you safe over the festive season.

Calls may be recorded for training and to ensure the best quality customer service.