Fifty years-ago represented something of an awakening for the United Kingdom. The Beatles release Sgt Pepper, future stars such as Paul Gascoigne, Noel Gallagher, Kurt Cobain and Julia Roberts were born. And Milton Keynes was nothing but a concrete desert waiting to for seeds to be sown.

1967 was also the year that Paul Passmore, Retail Sales Manager at Britannia Tyres Derby, first picked up a wrench and began fitting tyres.

At the tender age of 15, Paul began his career in the mechanics and fitting industry, immediately entering a community that looks completely different to today’s world of laser guided adjustment and electronic gearboxes.

Although he’s seen many changes over the years, Paul still enjoys every second of working with vehicles: “No two days are the same and I’ve worked on every kind of vehicle, from ride-on lawnmowers to armoured vehicles.

“I think the weirdest things I’ve worked with was airport tugs. Fitting exhausts to something like that is a little surreal!”

When not finely tuning an engine, Paul’s hidden talent is working with a perfectly tuned machine of his own.

“Not many people know, but I’ve been a bass player and a lead guitarist in a couple of bands.

“We supported some really big sixties acts, Gerry and the Pacemakers, Ivy League and Mungo Jerry. I reckon some of the lads here don’t even know who those guys are!”

But being an old figurehead in the Siddals Road site has made Paul the go-to-guy for knowledge.

“It’s a real honour to help the younger lads and I try to give them as much advice as I can – especially if they’re fitting spoked wheels or working on an older vehicle!” 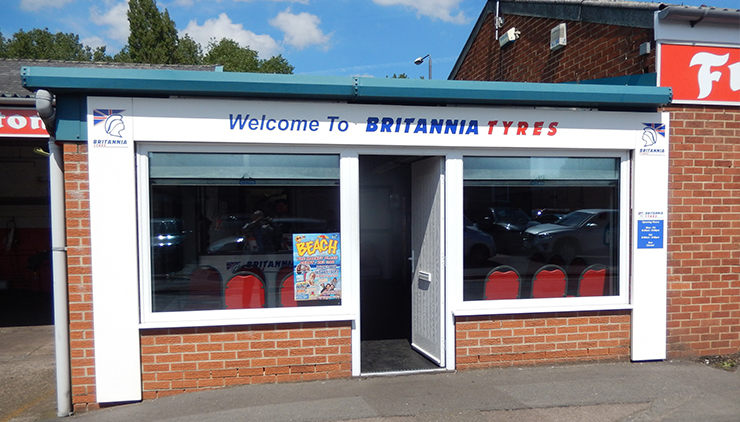 Whilst Britannia are celebrating a golden anniversary, their also celebrating a couple of gold medals in the Rover Series through Paul Lind.

“They’ve been ideal for him because he’s got plenty of podium finishes – including two wins at Donington!”

Paul’s success continues in a long line of familiar faces who visit Paul, Depot Manager Jacky and the team.

“I still get customers that I was helping out when I was a mobile fitter. Repeat business is key for us here but we love seeing new faces.

“We currently fit all the tyres for Derbyshire Police. I like to think we’re not only helping keeping the roads safe by replacing old tyres, but we’re helping keep the streets safe too!”

If you need a garage with a wealth of experience and a service with a smile, there’s no better team to visit than Britannia Tyres Derby.

Contact your nearest Britannia depot today to for tyres, brakes, MOT, batteries and much more.

Calls may be recorded for training and to ensure the best quality customer service.